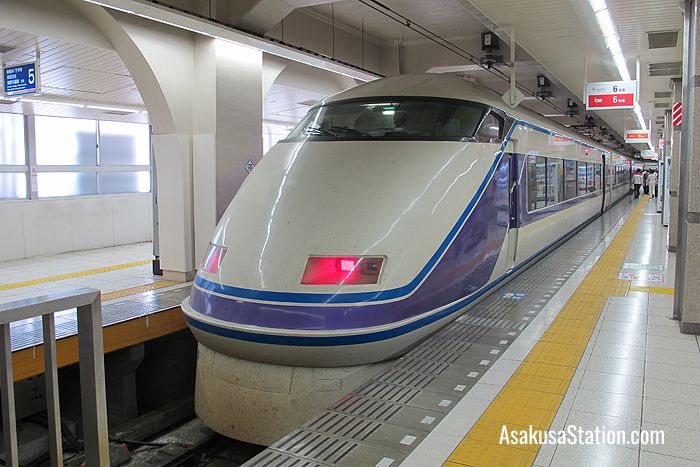 At Tobu Asakusa Station the Spacia Kinu departs from platforms 3 and 4. There is an information desk at the entrance to these limited express platforms where you should show your ticket before boarding.

The key destinations with example train times and rail fares (including limited express surcharges) are given below.

This is the most convenient station for the Tokyo Skytree, the world’s tallest tower at 634 meters high. The Skytree is a major tourist destination with plenty of shopping and dining facilities, and upper level observation decks. 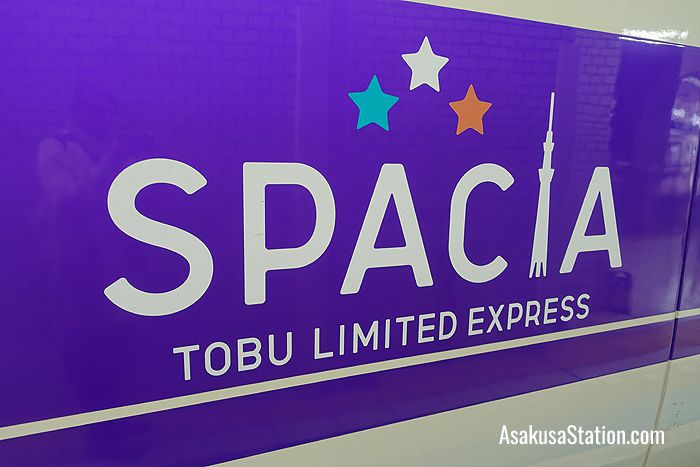 Exit here for Tochigi City which has many preserved historical buildings and “kura” warehouses. You can see many of these buildings on the Reiheishi Road and there are three 200-year-old warehouses which have been converted into the Tochigi Kuranomachi Museum of Art. For more details of Tochigi’s sightseeing attractions download a PDF sightseeing map. Transfer at Tochigi Station to the JR Ryomo Line.

Tobu World Square is an architectural theme park with 102 scale model replicas of famous buildings from all over the world including 45 UNESCO World Heritage Sites. The theme park is 1 minute walk from the station.

Kinugawa Onsen is best known as a hot spring resort town with many traditional hotels. Boat trips on the River Kinu are possible from April till November and there is a hiking trail through the nearby scenic Ryuokyo Gorge. Kinugawa Onsen is also convenient for the Edo Wonderland amusement park which is a 15 minute bus ride from the station. This theme park immerses visitors in the culture, life, and architecture of Japan’s Edo era. Edo Wonderland’s attractions include street shows, ninja workshops, seasonal festivals, and colorful parades. 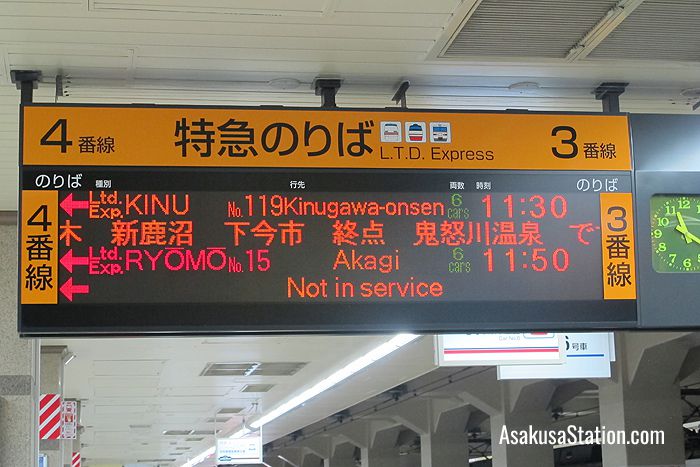 All cars on Spacia limited express trains are non-smoking and there is also a free Wi-Fi internet service available on board. In addition to regular seating there are also six private compartments which can seat up to four people. These compartments cost an additional 3,090 yen on weekdays and 3,700 yen on weekends and holidays. The Spacia has an on board cart service selling drinks, sandwiches, bento-style lunch boxes, and Spacia-themed souvenirs. There is also a soft drinks vending machine in car 3. Some trains also have a kiosk in car 3 where you can buy drinks (including draft beer), snacks, and souvenirs. 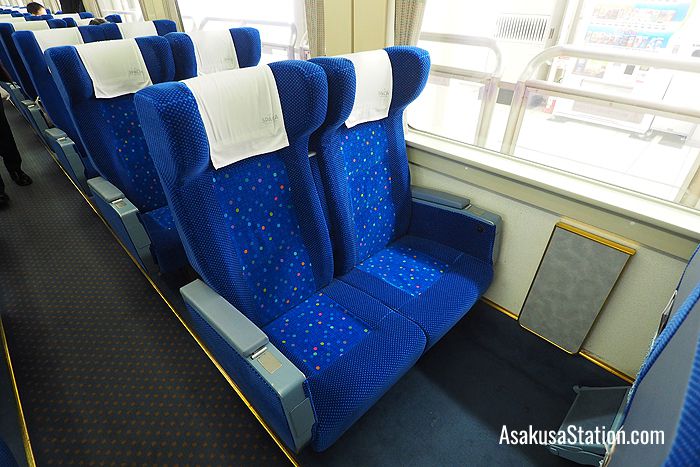 Eight Spacia Kinu services run from Tobu Asakusa Station on weekdays, and nine services run on weekends and holidays. Please note that the last three services of the day do not stop at Tobu World Square Station.

Eight Spacia Kinu services run the return journey from Kinugawa Onsen to Asakusa on weekdays, and nine services run on weekends and holidays. Please note that only four services stop at Tobu World Square Station: #120, #130, #138, and #142.

Tobu Railway is a private rail operator so the Spacia Kinu is not covered by the Japan Rail Pass. However there are some discount passes available for this route. These passes give a 20% discount on limited express tickets and on private compartment fees. They also give discounts on tourist facilities, shops, and restaurants in the Kinugawa Onsen and Nikko areas as well as unlimited bus and train rides within a decided zone. There are three passes to choose from. Click on the links below for more details.

The Theme Park and Nikko City Area Pass is a 2 day pass that includes entry to the Tobu World Square and Edo Wonderland theme parks. This pass costs 8,010 yen for adults and 4,010 yen for children.

These passes can be purchased from the Tourist Information Office on the 1st floor of Tobu Asakusa Station or you can purchase them in advance from the official Tobu Railway website.