The Spacia Kegon is a Limited Express train that runs between Tobu Asakusa Station and Tobu Nikko Station. It is named after a famous waterfall, the Kegon Falls, in Nikko National Park. There are six regular services that run between Asakusa and Nikko on weekdays, and seven services on weekends and public holidays. 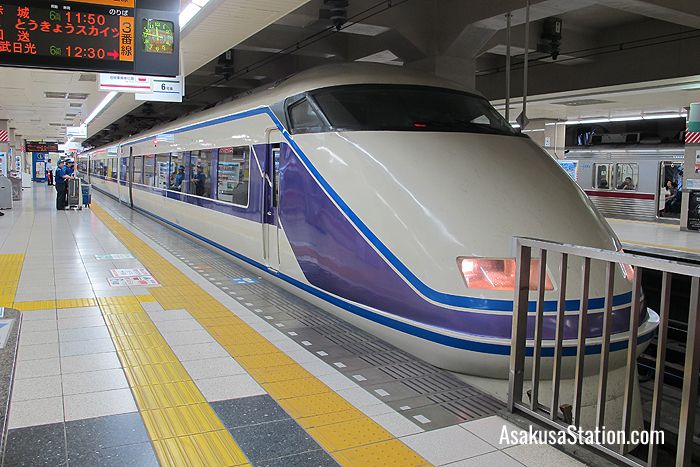 The Spacia Kegon is the fastest railway service between Tokyo and Nikko and takes around 1 hour and 50 minutes to complete the journey. However, Tobu Railway also run a similar limited express service from JR Shinjuku Station to Tobu Nikko Station which is called the Spacia Nikko. The Spacia Nikko takes about 2 hours to travel between Shinjuku and Nikko. For more alternative routes between Tokyo and Nikko see our article: Traveling from Tokyo to Nikko.

At Tobu Asakusa Station the Spacia Kegon departs from platforms 3 and 4. There is an information desk at the entrance to these limited express platforms where you should show your ticket before boarding. 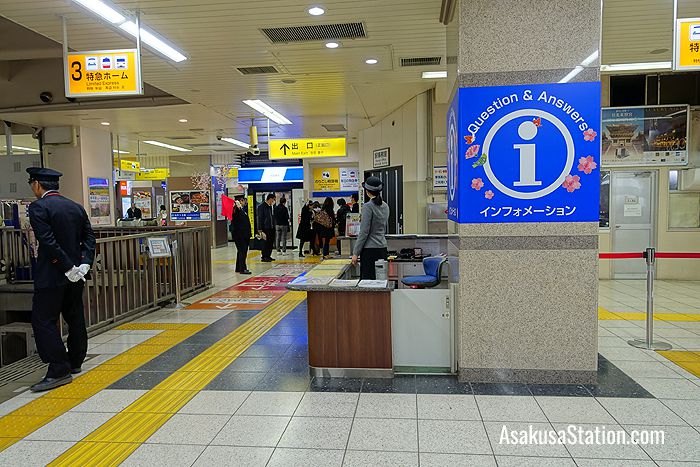 The Spacia Kegon stops at the following stations. Only two services, that start or terminate at Shin-Tochigi Station, include that station on their route.

Exit here for the famous Tokyo Skytree, the world’s tallest tower at 634 meters high. The Skytree is both a broadcasting tower and a major tourist destination with plenty of shopping and dining facilities, and upper level observation decks. 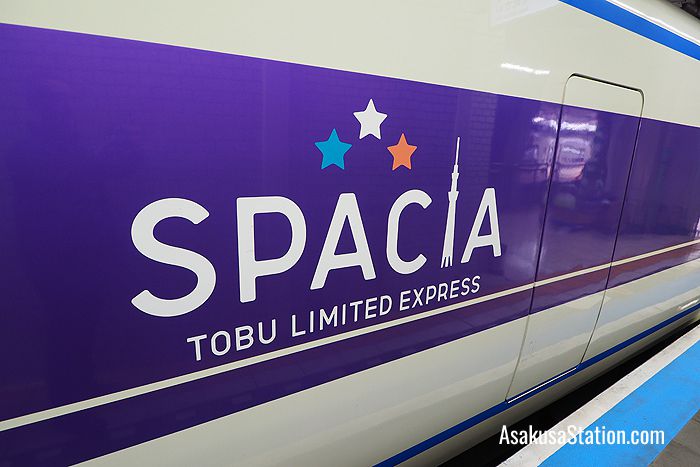 Spacia logo includes an image of the Tokyo Skytree

This station serves Tochigi City which has many preserved historical buildings and warehouses called “kura”. Many of these buildings can be seen on the Reiheishi Road and three 200-year-old warehouses have been converted into the Tochigi Kuranomachi Museum of Art. Transfer here to the JR Ryomo Line.

Exit here for the town of Nikko. Nikko has many famous shrines and temples, but chief among these is the Toshogu, a beautifully decorated shrine built around the tomb of the shogun Tokugawa Ieyasu who died in 1616. Nikko is also famous for its hot springs, its wild monkeys, and for the sacred Shinkyo Bridge which is part of the Futarasan Shrine and considered to be one of the most beautiful bridges in Japan. 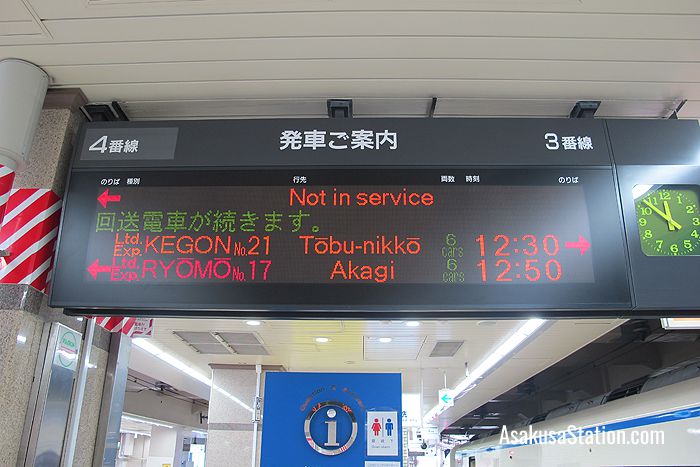 All cars on this train are non-smoking and there is also a free Wi-Fi internet service available on board the train. In addition to regular seating there are also six private compartments which can seat up to four people. These compartments cost an additional 3,090 yen on weekdays and 3,700 yen on weekends and holidays. The Spacia has an on board cart service selling drinks, sandwiches, bento-style lunch boxes, and Spacia-themed souvenirs. There is also a soft drinks vending machine in car 3. Some trains also have a kiosk in car 3 where you can buy drinks (including draft beer), snacks, and souvenirs. 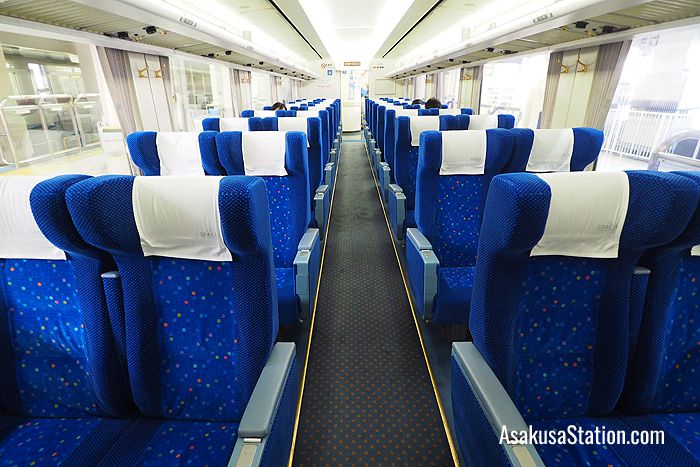 The Spacia Kegon makes six departures from Tobu Asakusa Station on weekdays and seven departures on weekends and public holidays. Most trains terminate at Tobu Nikko Station and their departure and arrival times are given below. The last train (#255) however, departs from Tobu Asakusa Station at 22.00 and terminates at Shin-Tochigi Station at 23.16. This final train does not continue on to Tobu Nikko Station.

Discount Passes
Because Tobu Railway is a private company it is not covered by the Japan Rail Pass. However, Tobu does have its own system of discount passes, some of which cover the Nikko area and the trip between Nikko and Asakusa. For more details, please check the official Tobu Railways website.

Discount passes can be purchased from the Tourist Information Office on the 1st floor of Tobu Asakusa Station or you can purchase them in advance from the Tobu Railways website.