Chingodo is a small Shinto shrine on Denboin Street which is unusual in that it is dedicated to a furry little animal called the “tanuki”. For this reason, Chingodo also has the nickname “Otanuki-sama” which basically means “Honorable Mr. Tanuki”. This is a peaceful little shrine with a rather charming history. 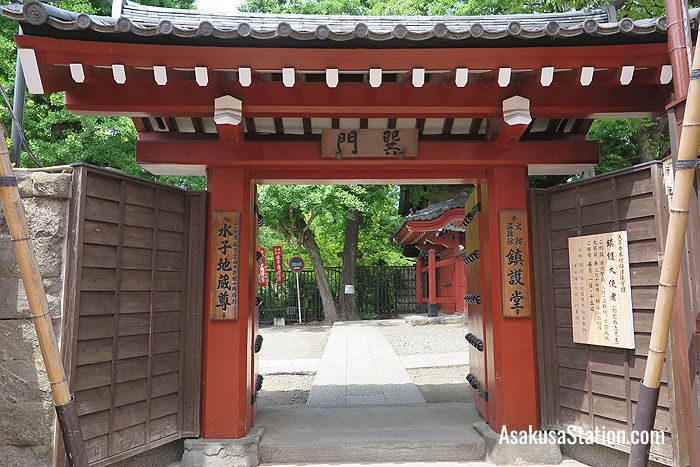 The entrance to the shrine

Tanuki are small animals, around 50 cms in length, with short legs and a very slight resemblance to the North American raccoon. For this reason they are sometimes called “raccoon dogs” though they are more closely related to foxes than to either dogs or raccoons! In Japanese folktales tanuki are often depicted as magical shapeshifting creatures that love playing tricks on people. In typical stories of this kind, tanuki are very mischievous creatures, but they can also be a powerful ally if you can win their favor. 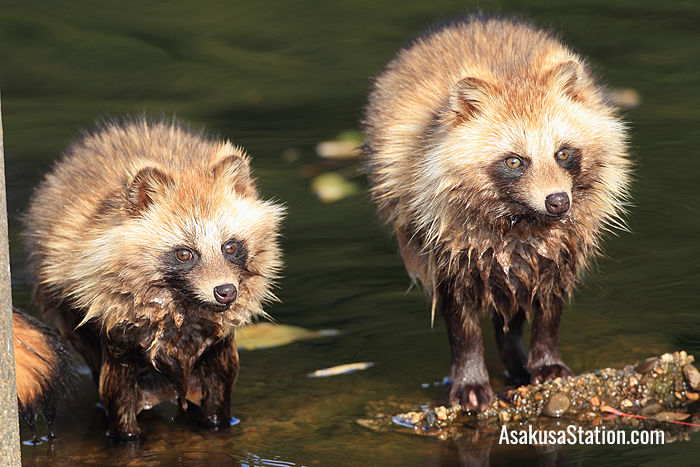 In the 19th century, when Tokyo had more green spaces, tanuki were quite common in the city and there was a colony of the animals living in Asakusa’s Okuyama district. However, with the modernization and development of that area in the early Meiji era (1868 to 1912) the tanuki were driven from their old home and took refuge in the neighboring area around Denboin. Denboin is the official residence and private garden of the abbot of Sensoji Temple, and the abbot at that time was not impressed with his naughty new neighbors. The tanuki began to play tricks on the abbot and his monks, such as scattering sand around the tatami mat rooms, and throwing their sandals into a kettle. Then one night, just as the abbot was most troubled with the animals’ bad behavior, he had a mysterious dream. In the dream, a tanuki appeared to the abbot and spoke to him. “If you build a shrine for us and look after it,” said the tanuki, “we will protect Denboin from fire and bring it eternal prosperity.” The abbot promised to do exactly that, and in 1883, he built the shrine Chingodo, which means “Guardian Shrine,” and the tanuki of Denboin were deified as guardian spirits of the area. It may well be true that the tanuki kept their promise too, because even when large parts of Asakusa were destroyed by fire in the Great Kanto Earthquake of 1923, and during the Tokyo Firebombing in 1945, both Denboin and Chingodo escaped unharmed. 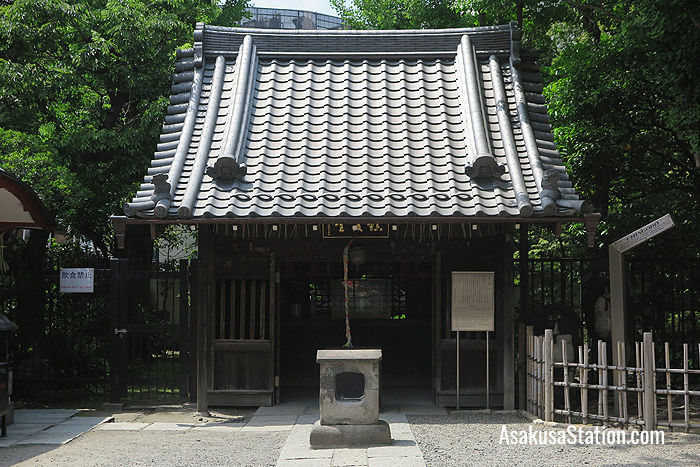 Today people pray at Chingodo for protection from fire and theft, and also for the recovery of lost things. Local rakugo storytellers, kabuki actors, and other performance artists also come here to pray for fame and success in the world of entertainment. 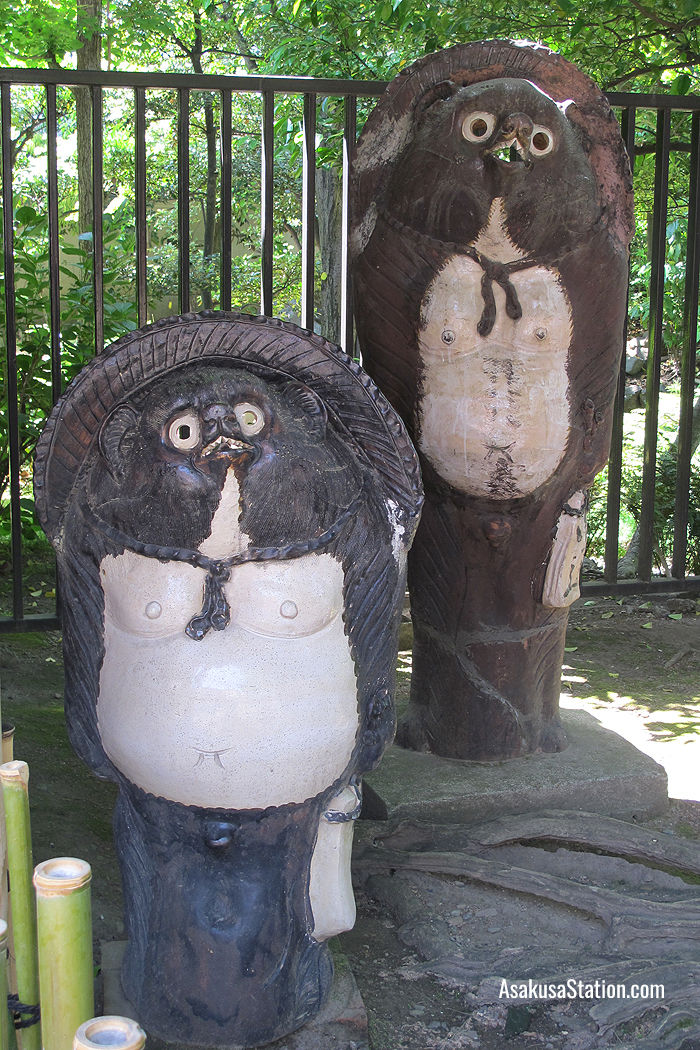 Statues of tanuki beside the shrine building

Beside the shrine is a large gingko tree which is estimated to be between 400 and 500 years old. The tree is considered sacred because it sheltered the shrine during the firebombing of Tokyo on March 10th 1945. Although the shrine remained undamaged, the tree still bears some scars from the fierce fires of that day. For that reason visitors to Chingodo are encouraged to pray for world peace. 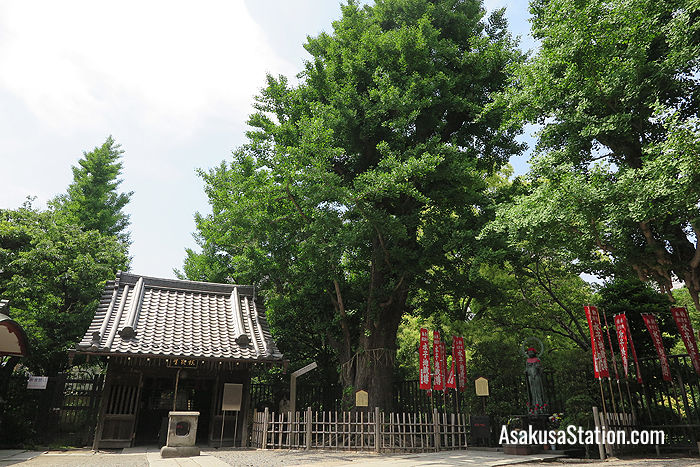 The shrine grounds with the sacred gingko tree in the center

Chingodo Shrine is located on the north side of Denboin Street. This street is only 200 meters long and the shrine is close to its western end, so it is quite easy to find. Here is a map of its location. 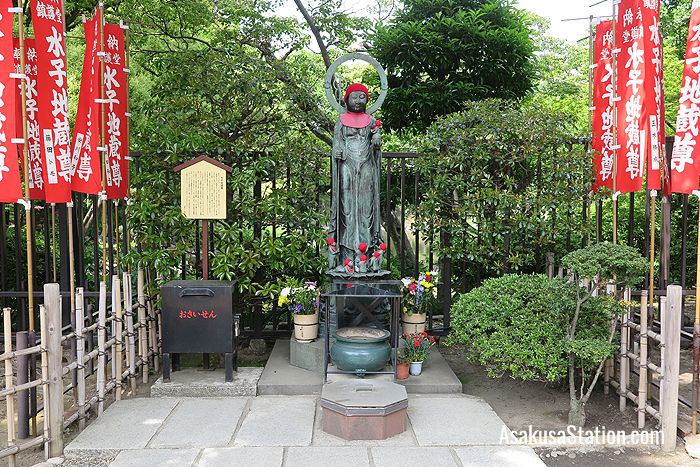 A statue of Jizo, the Buddhist patron saint of children and travelers is also on the shrine grounds