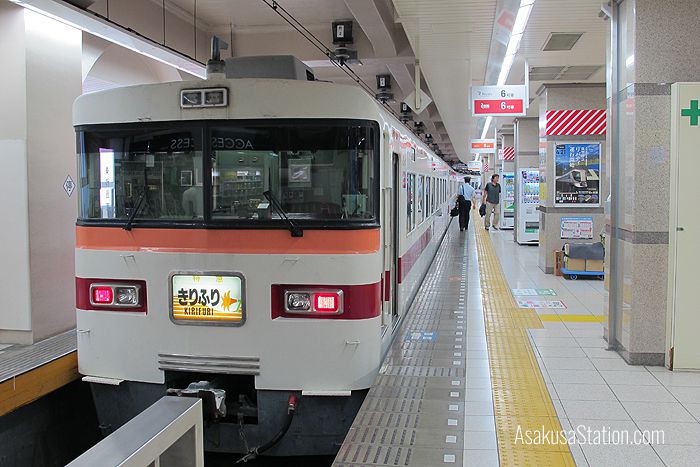 At Tobu Asakusa Station the Kirifuri departs from platforms 3 and 4. There is an information desk at the entrance to these limited express platforms where you should show your ticket before boarding. As the Kirifuri is operated by Tobu Railway, which is a private company, it is not covered by the Japan Rail Pass.

The Kirifuri stops at the following stations:

This station is named after Tokyo Skytree: the world’s tallest tower at 634 meters high. The Skytree is a major tourist destination in Tokyo with two observation decks at the top and plenty of shopping and dining facilities below.

Kita-Senju is an important transportation hub where you can transfer to the JR Joban Line, the Tsukuba Express, and Tokyo Metro’s Chiyoda and Hibiya lines.

Tochigi City has many beautifully preserved historical buildings and is especially well known for its old warehouses called “kura”. Reiheishi Road has a number of these buildings and Tochigi Kuranomachi Museum of Art occupies three converted 200-year-old warehouses. For more details of Tochigi’s sightseeing attractions you can download a PDF sightseeing map. Transfer here to the JR Ryomo Line.

This station serves Nikko: one of Japan’s major tourist destinations. Nikko is famous for its many shrines and temples, but the key attraction among these is the Toshogu. This beautifully decorated shrine was built around the tomb of the shogun Tokugawa Ieyasu who died in 1616. Nikko is also known for its hot springs, its wild monkeys, and for the graceful Shinkyo Bridge (part of the Futarasan Shrine) which is considered to be one of the most beautiful bridges in Japan.

The times for the main stops on the Kirifuri’s route are given below:

The Limited Express Spacia Kegon and the Limited Express Revaty Kegon also run between Tobu Asakusa Station and Tobu Nikko Station. These trains have the advantage of running on week days as well as weekends. However, they are a little bit more expensive than the Kirifuri. Full timetables for all limited express services from Tobu Asakusa Station can be downloaded from the official Tobu Railway website. 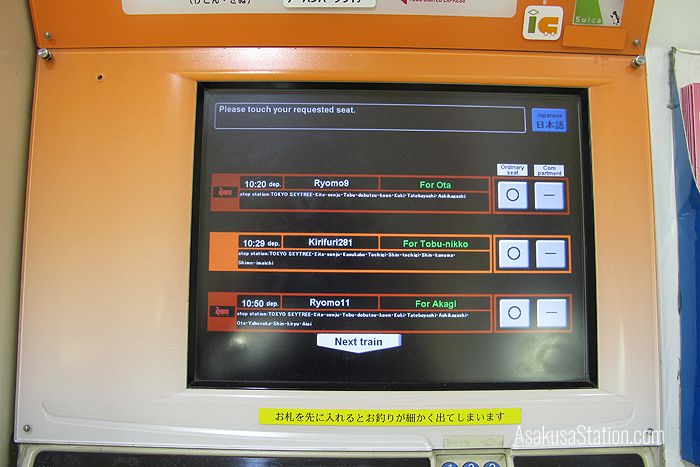