Honryuin Temple is an ancient temple in Asakusa which is located on top of a small hill overlooking the Sumida River. This is a sub-temple of Sensoji Temple which is located to the south. Although Honryuin is a very charming location, it is not as well-known as Sensoji, so it is a nice, peaceful spot to escape the tourist crowds. Like Sensoji, the story of Honryuin’s origins includes a number of mysterious and supernatural events. 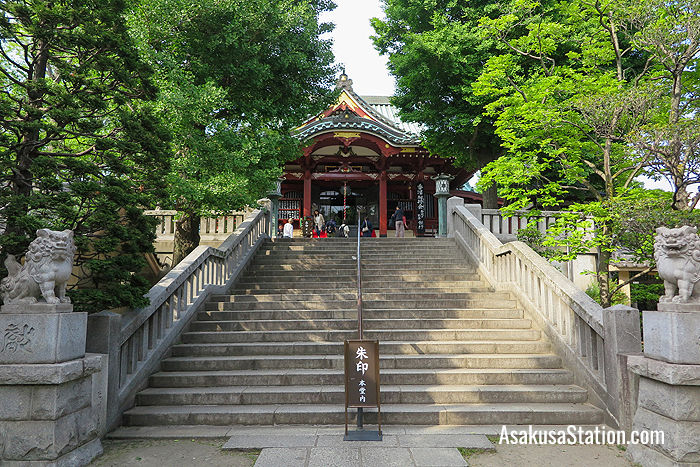 The approach to the main temple building

The hill on which Honryuin stands is called Matsuchiyama. According to legend this is a sacred hill which suddenly burst from the ground in the year 595. At the same moment a golden dragon flew down from heaven and wrapped itself about the sacred hill to protect it. Six years later there was a terrible drought in the area and people suffered great hardship. That summer a powerful god named Kangiten appeared on Matsuchiyama and feeling pity for the people, immediately ended the drought. After that Honryuin Temple was built here to enshrine a statue of Kangiten. However, because the statue is considered too holy to show to the public, it is always kept hidden away. 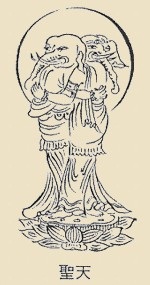 Kangiten is the Buddhist version of the Hindu god Ganesha, and so he has an elephant head on a human body. He is often associated with Kannon, the goddess of compassion, who is also worshipped here. There is a story that Kangiten was once a wicked king who lived a very wild and selfish life. The goddess, Kannon, appeared to the king as a woman and he immediately fell in love with her. When they hugged each other, he felt great joy and was instantly cured of his wickedness. Kangiten actually means “God of Joy” and because of this story, people pray to him for happiness in their marriage or to find a good marriage partner. Another name for the god Kangiten is Shoden, so Honryuin also has another name which is Matsuchiyama Shoden. 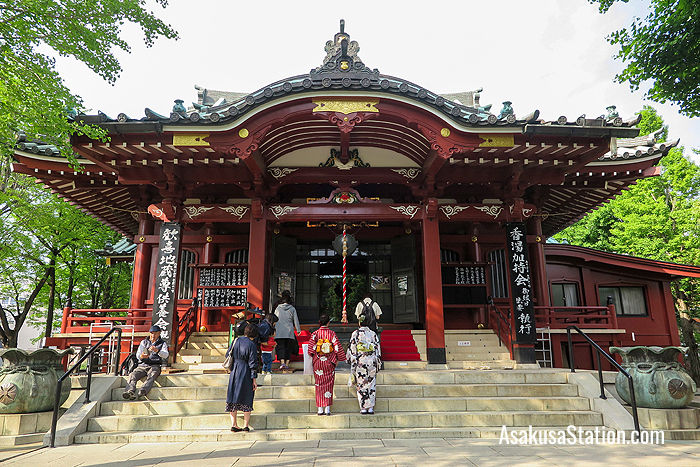 You are not allowed to take pictures inside the main temple building, but when you go in you will notice two things. One is the dramatic painting of a dragon on the temple ceiling. The second thing you will notice is a huge pile of daikon radishes in front of the altar. You may also see people visiting the temple who bring their own daikon as an offering. Look around a bit more and you will notice that images of daikon are used as a decorative motif all over the temple grounds. Daikon radishes are a symbol of the god Kangiten, who is also sometimes depicted holding a daikon. There are various explanations of why Kangiten likes daikon. One is that it is a symbol of his virility. Another is that when you eat daikon it purifies the body, and so leads to a healthy body and mind. Its white color is also believed to symbolize purity. Because of this association, people also pray here for good physical and spiritual health, and also for a healthy and successful business.

Because so many people bring daikon to Honryuin, the temple gives them away for free the following day. So if you visit early enough in the morning you may be able to get one. There is also a Daikon Matsuri festival which is held here every January 7th. During this festival daikon that have been left at the temple as offerings to Kangiten over the New Year period, are cooked up and served to visitors with celebratory sake. 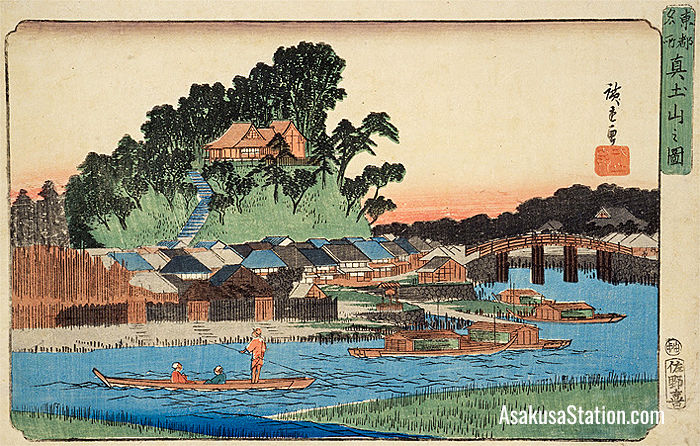 During the Edo era (1603 – 1868), Honryuin’s picturesque location made it a popular scenic spot and a favorite subject for woodblock print artists such as Utagawa Hiroshige. In those days the surrounding area heavily wooded and people would come here to take in the view from the top of the hill. 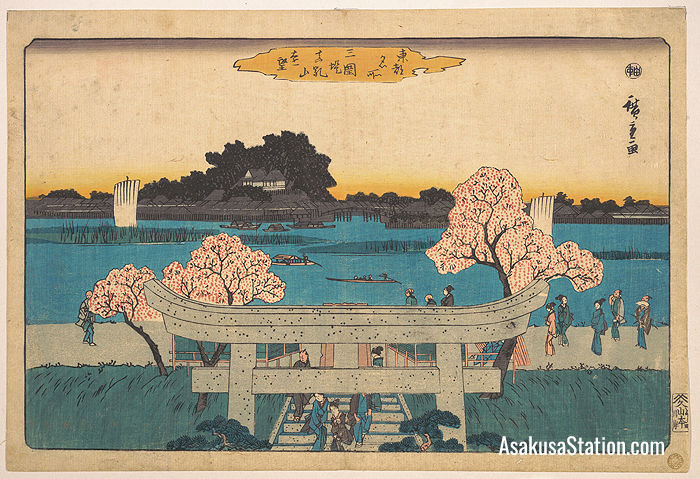 “A Distant View of Matsuchiyama from the Mimeguri Embankment” by Utagawa Hiroshige, circa 1842; Source: Metropolitan Museum of Art; Public Domain

Though the area around Matsuchiyama has become very built up, the hill itself is still full of greenery. There is also a traditional garden on the temple grounds beside the temple office. Feel free to wander through the garden, but as the garden is located on a slope, you should be careful on the steps. 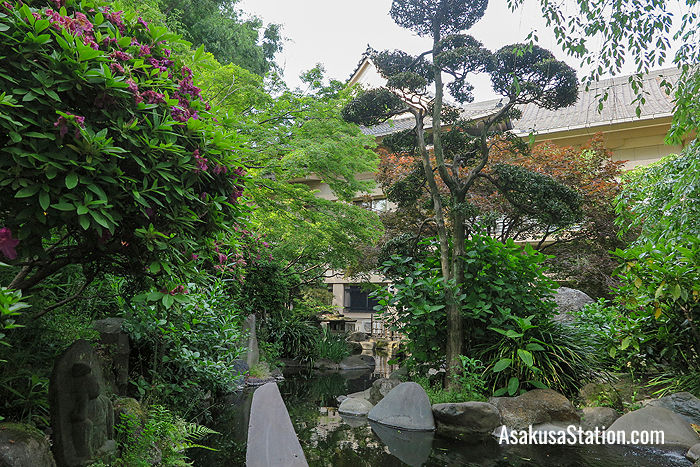 Inside the temple garden

Honryuin Temple is a 10 minute walk north of the Toei, Tokyo Metro, and Tobu Asakusa stations. For a pleasant stroll you can walk through Sumida Park to get there. Here is a map of the location.