This service is operated by Tobu Railway, which is a private company, so it is not covered by the Japan Rail Pass. 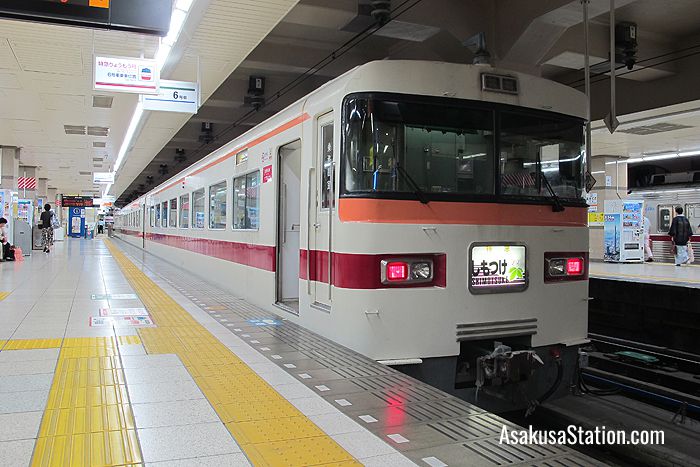 Shimotsuke #282 departs from Tobu Utsunomiya Station at 7.00 each morning and arrives at Tobu Asakusa Station at 9.11.

Shimotsuke #283 departs from Tobu Asakusa Station at 18.20 every afternoon and arrives at Tobu Utsunomiya Station at 20.20. 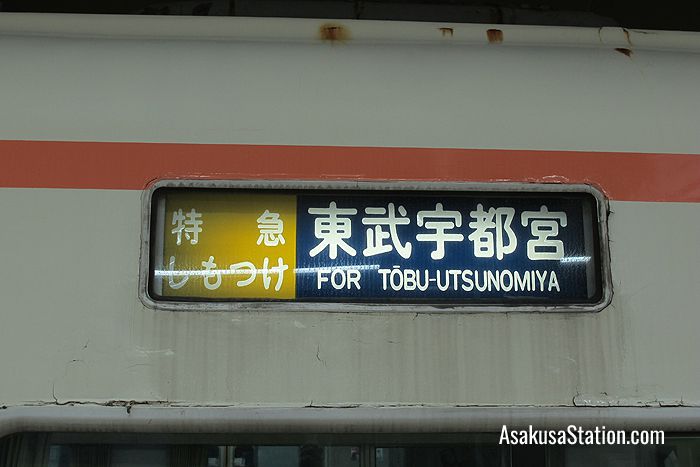 A carriage banner on the Limited Express Shimotsuke

The Shimotsuke stops at the following stations. Only the #283 service, which is bound for Tobu Utsunomiya Station, stops at Sugito-Takanodai Station.

This station is convenient for the hot spring spa resort, Uta-no-Yu which is 9 minutes away by taxi.

Tochigi City has many historical buildings and old warehouses called “kura”. In particular Reiheishi Road is well known for these buildings and Tochigi Kuranomachi Museum of Art is located in three converted 200-year-old warehouses. For more details of Tochigi’s sightseeing attractions you can download a PDF sightseeing map. Transfer here to the JR Ryomo Line.

Omocha-no-Machi literally means “Toy Town” and this station is very convenient for two toy museums: the Mibu-machi Toy Museum which has lots of play areas and activities for small children, and the Bandai Museum which exhibits antique toys.

This station is located in the central business district of Utsunomiya, which is the capital city of Tochigi Prefecture. Utsunomiya’s chief attractions are the reconstructed Utsunomiya Castle and its surrounding park, and Oyaji Temple which is said to date from 810 and has a museum with many ancient artifacts. Utsunomiya is well known for its tasty Chinese dumplings, called Gyoza, and a Gyoza Festival is held in Utsunomiya Castle Park in early November each year. 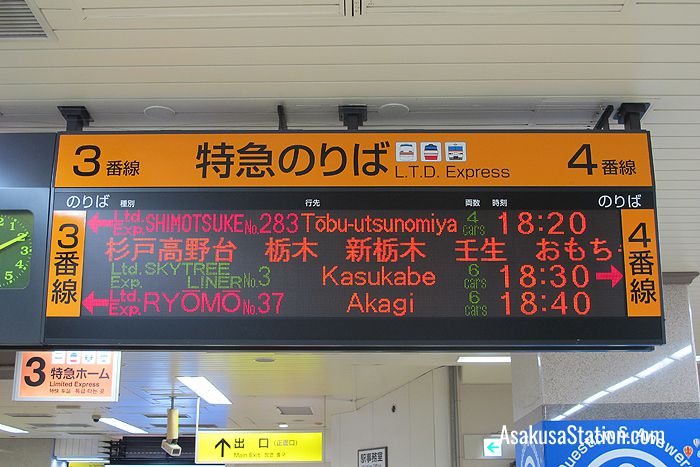